HomeenVenus, the goddess of love, beauty and fertility
en Venus, the goddess of love, beauty and fertility

Known as the goddess of love, beauty, and fertility, Venus was originally the goddess of vegetation and patron of gardens and vineyards in ancient Rome. The beautiful goddess Venus is known for the armless statue on display at the Louvre Museum in Paris known as the Venus de Milo. The statue is Greek, from the Aegean island of Milos or Melos, so it could be associated with the Greek goddess Aphrodite; both myths are essentially similar although they have some differences.

The history of the goddess of love goes back to even more remote times. Ishtar or Astarte was the goddess of nature, love and fertility in ancient Mesopotamia, and was later associated with Aphrodite by the Greeks when they settled in the Middle East, in the Hellenic period. In Greece, Aphrodite was worshiped especially on the islands of Cyprus and Kythera. The Greek goddess of love played a crucial role in the myths about Atalanta, Hippolytus, Myrrha, and Pygmalion. Among mortals, the Greco-Roman goddess loved Adonis and Anchises. The Romans originally worshiped Venus as the goddess of fertility. Her powers extended from nature to humans. The characteristics of the Greek goddess Aphrodite, the goddess of love and beauty, were combined with the attributes of the Roman Venus, so in many situations Venus was synonymous with Aphrodite. The Romans venerated Venus as the ancestor of the Roman people through her relationship with Anchises.

Venus was not only the goddess of love, but also of beauty, so there were two fundamental aspects in her characterization, and two versions of her birth. It must be borne in mind that the myths about her birth actually correspond to the Greek version of the goddess of love and beauty, Aphrodite.

Although we are most familiar with artistic depictions of Venus in the nude, this was not always the way she was portrayed.

Pompeii’s patron deity was Venus Pompeiana; she was always shown to him fully clothed and wearing a crown. The statues and frescoes that have been found in the gardens of Pompeii always show Venus scantily clad or totally nude. The Pompeians seem to have referred to these nude images of Venus as physical Venus; this may come from the Greek word physike , meaning ‘related to nature’.

The worship of the goddess 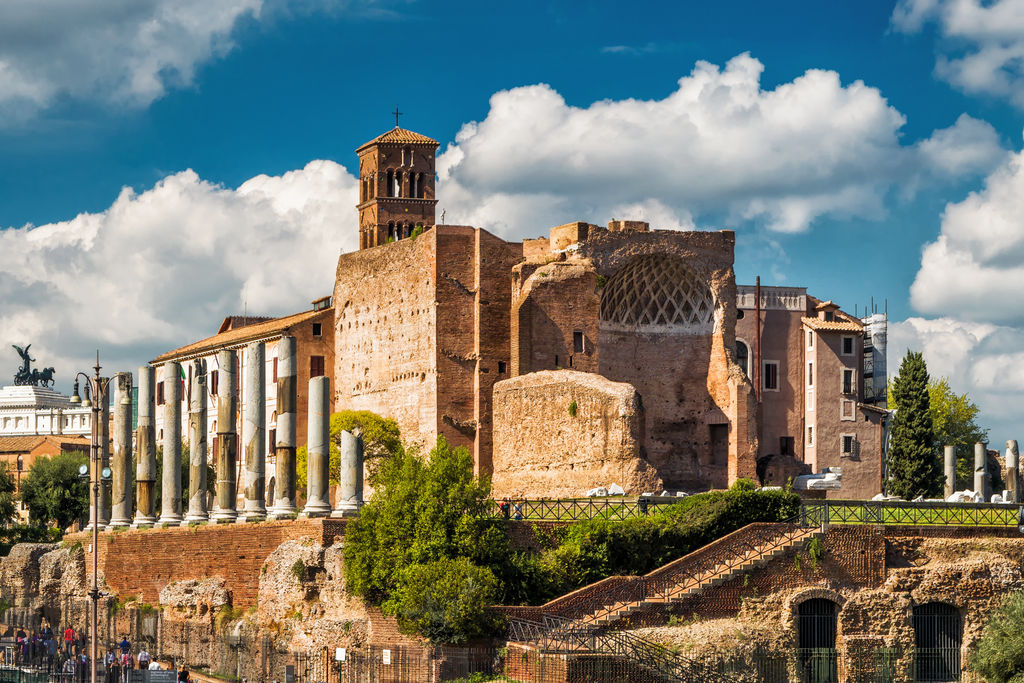 Temple of Venus in Rome

His cult originated in Ardea and Lavinium in Lazio. The oldest known temple of Venus dates from 293 BC, and was inaugurated on August 18. Later on this date the Vinalia Rustica was observed. A second festival, that of Veneralia, was celebrated on April 1 in honor of Venus Verticordia, who later became the protector against vice. The temple of her was built in 114 BC. After the Roman defeat near Lake Trasum, in 215 BC, a temple was built on the Capitol for Venus Erycina. This temple was officially inaugurated on April 23 and a party, the Vinalia Priora, was instituted to celebrate the occasion.

Previous article
What is an anagram?
Next article
Metals, nonmetals, and metalloids of the periodic table